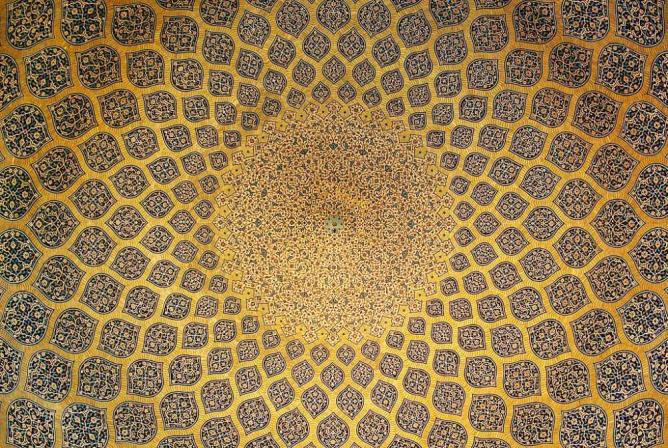 Along the eastern side of Naqsh-e Jahan Square (in isfahan) is the no less inspiring Sheikh Lotfollah Mosque. Finished ten years earlier than the more substantive Imam Mosque, Sheikh Lotfollah is notable for its golden-creamy tile work and complex arabesques, not to mention the imposing central dome – mesmerising from both the inside and out. Unusually lacking in minarets, the mosque was originally intended for private use by members of the royal court, and was designed by Sheikh Bahai during the reign of Shah Abbas.